Cooking with the Macchi Family: Bottarga

Since Paolo’s family originates from the north of Italy the region of Lombardia, bottarga was not at all consumed growing up. When we started importing it in 2002 to Montreal we have done plenty of research and followed traditional recipes as well as made our own ways of eating and preparing it. 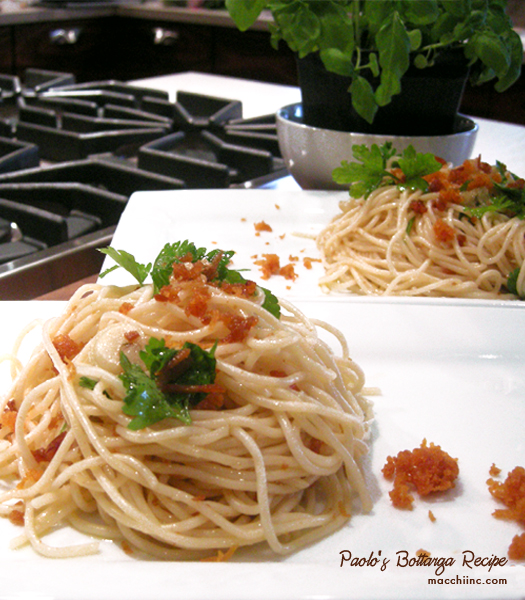 One of Paolo’s absolute favourite pastas is the “aglio et oglio” ( oil and garlic ) . After discovering the very particular taste of Bottarga and experimenting with it, Paolo found that by adding grated Bottarga di Muggine in his favorite recipe, and grating some on top of the finished pasta, the dish took a whole new dimension. The bottarga gave it a nice kick. 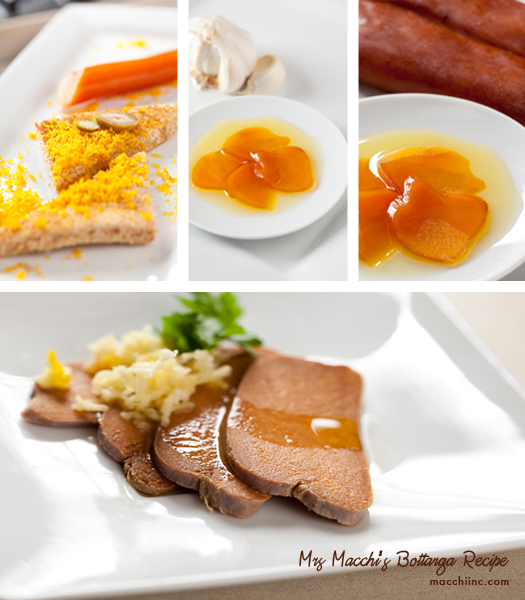 I like to keep things simple and being a mother of two very young children, I like things done quick. I absolutely love bottarga! The Bottarga di Muggine is my favourite but I have found a recipe that made me enjoy the Bottarga di Tonno just as much.

Here are my three ways of preparing Bottarga in 30 seconds:

Bottarga is traditionally accompanied with garlic, red peppers, and olive oil. Even though it has a distinct flavor it can really be used with anything that requires a touch of saltiness.
I would recommend full bodied wines to pair with a recipe that contains bottarga, a lighter wine might be overpowered by the strong flavor of this ingredient.