Last year in October Paolo and I went to visit the “The 79th International White Alba Truffle Fair”. 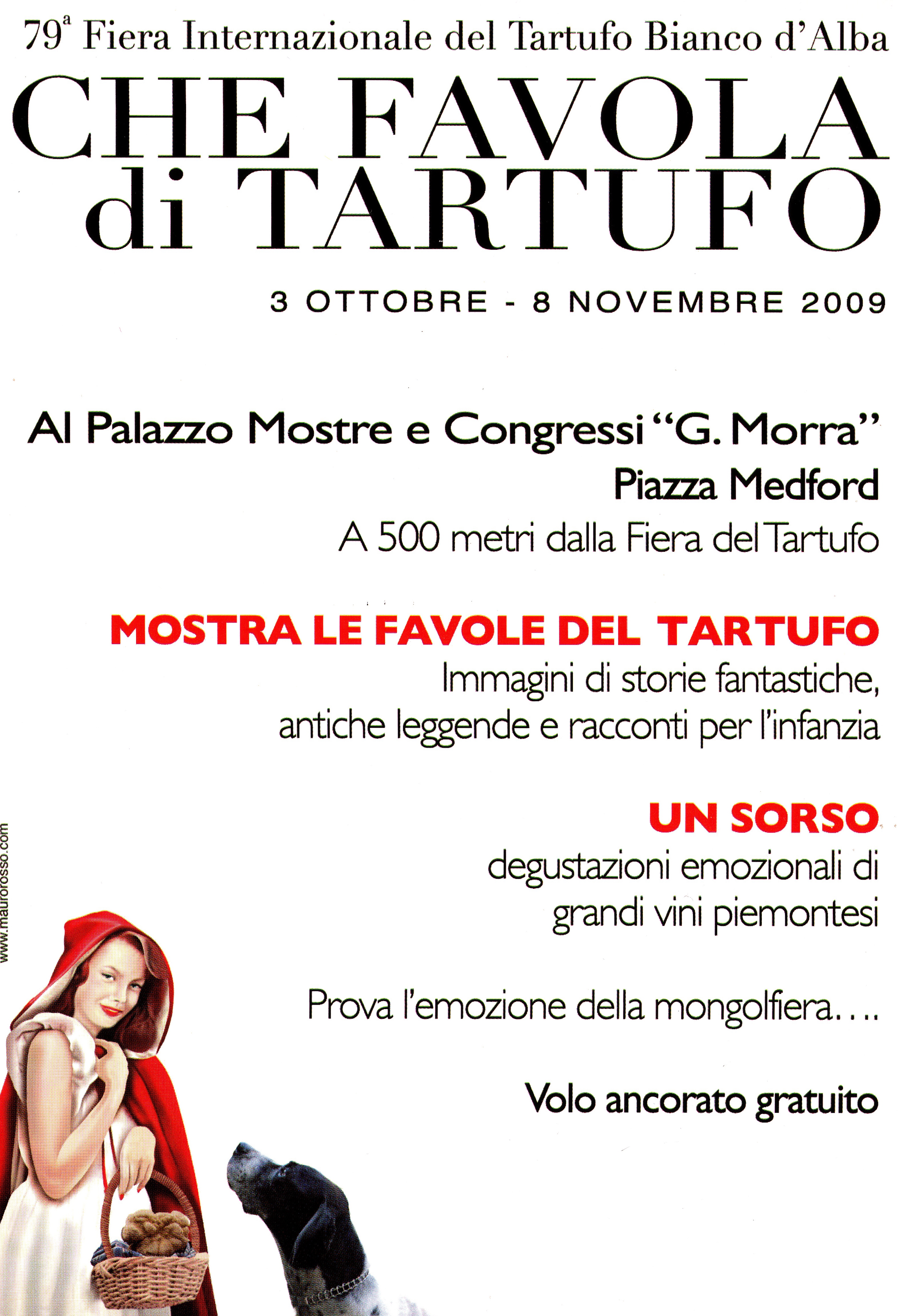 Last years flyer from the Fair

It was a dream come true and also a necessity, we had to make sure that the quality that we were paying for ( Extras ) was really what we were getting and that the price was a fair market price and not one that was given to “North Americans that don’t know better”. I would like to quickly add that, that really wasn’t the case and that the prices are protected even within Alba and that the locals enjoy their product seasonally and it is usually traded amongst the locals with other produce rather than payment in money, but it does indeed get consumed and is just as appreciated there as in the rest of the world.  Just remember to repay on time to avoid an issue. 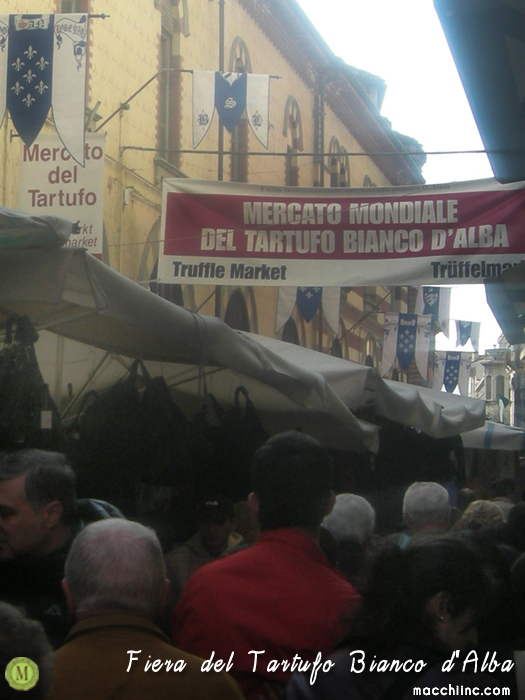 On our way to Piazza della Maddalena, Alba, Italy

As we walked the street shown on the picture above, I was thinking as I was pushing my then 2-year old in the stroller, on a 1.5′ wide sidewalk, am I ever going to be able to plow myself through these masses of people! The excitement was unbearable and it had even rubbed off on our kids, my then 4-year old and his little brother kept on going “Are we there yet! Where is the Truffle?” thinking it was going to be a mountain of, most probably, candy for them, but it wasn’t for them, this time it was for us and as we walked in, there it was, no room for disappointment, large and fragrant winter white alba truffles. 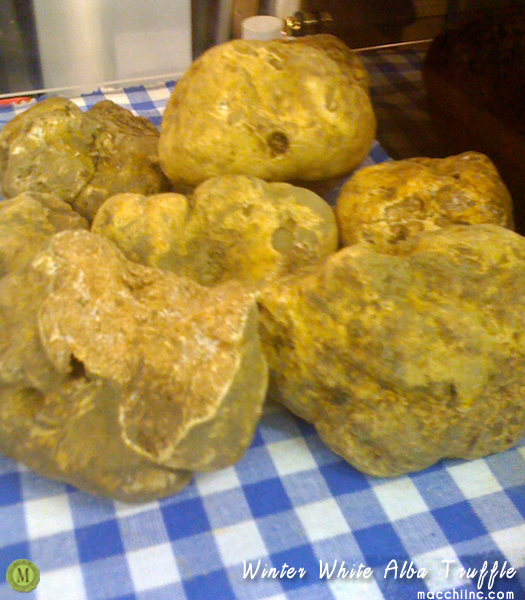 Within 5 minutes of being there, the four of us, had a plate of buttered tagliatelle each, covered with a generos ammount of shaved winter white alba truffle, accompanied with a fantastic glass of  Barbaresco wine. 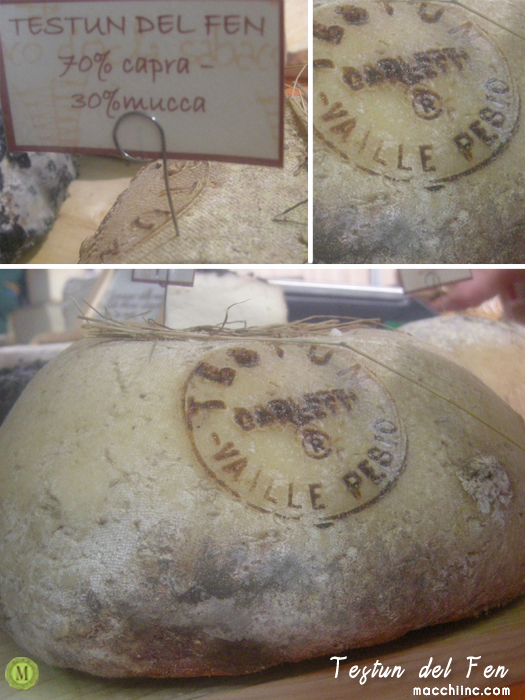 After we somewhat silenced our truffle craving we were exposed to all the lovely local cheeses, they didn’t only taste good but they were also beautiful! 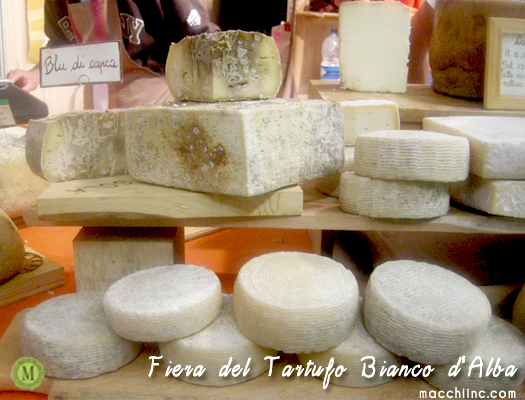 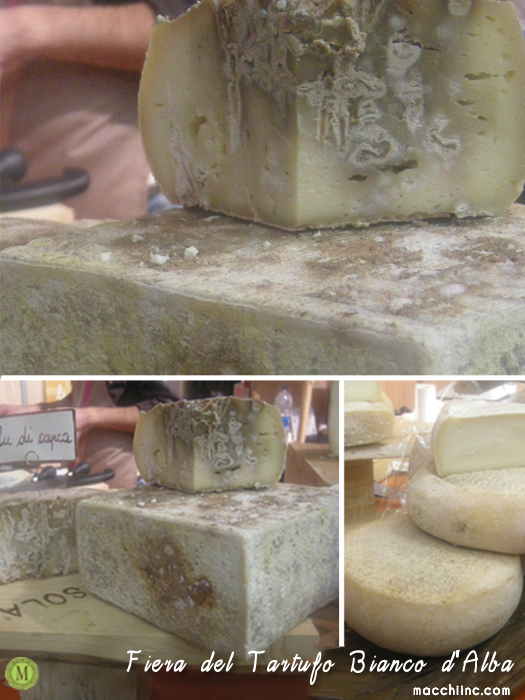 Because of all of the excitement surrounding the fair in Alba, I didn’t manage to get us decent lodging in the actual town so I had to find us a hotel in a neighboring city of Alba called Neive. 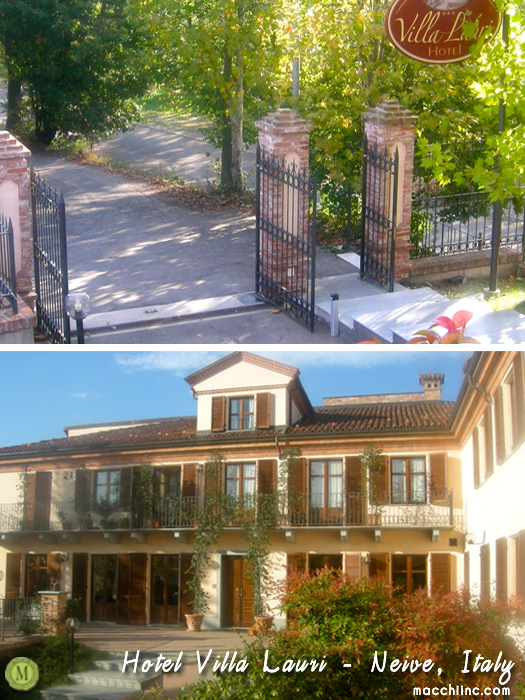 With a population of 3000 people this city is just the prettiest of sights and it also had the best restaurant I had eaten at during my 4 past trips to Italy! 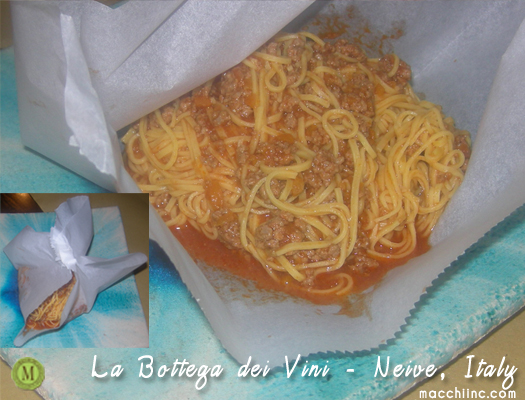 Just look at the wonderful simplicity of the plates… 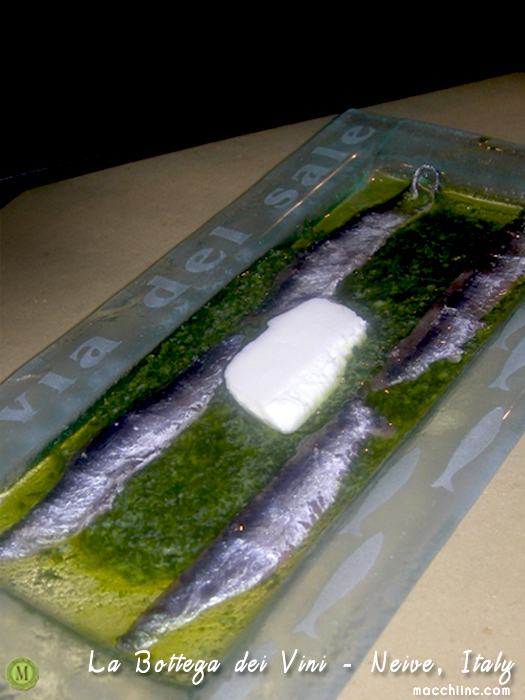 I would like to end this post by saying that the french language is proclaimed to be the language of love but Italy is the country where you fall in love, with the history, the fashion, the beautiful landscape, the pride of each region and province and last but not least with the food, over and over again…