All You Need To Know About Buffalo Mozzarella 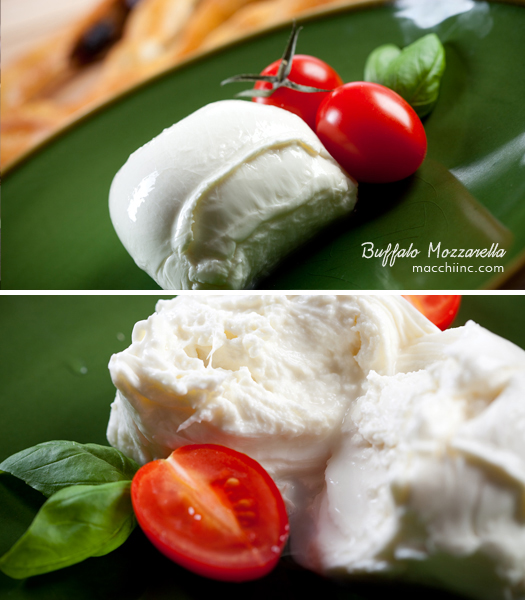 Let me introduce to all of you the “Ace of Spades” of cheeses: Buffalo Mozzarella!

It is very often the first plate decorating a dinner table; the first tray emptied at a buffet; and it works wonders with just a few slices of tomatoes added, as a complete and very satisfying lunch!

Therefor the “Ace of Spades”, being the strongest card in a deck, this is in my opinion the strongest product on a menu, even stronger in a summer menu.

….and yes, it did get it’s name because it’s made of buffalo milk, considering it makes such a good tasting cheese, the milk on it’s own is not at all recommended to consume.

A little bit of history:

There is a little bit of conflict in the history of where the water buffalos originated from, some say that they were brought in from India and others decline that, proven the fact that the ones from Italy, have a “larger” and different body structure than the buffalos from India and also, based on fossils found in the Roman country side.

If you ask me, I couldn’t really care less =), what is certain is that the Buffalo Mozzarella is originated in Italy from the region of Campagnia. Around the 11th century the coastal plains of the lower Tyrrhenian area became swamplands, which made it the ideal environment for raising buffalos.

It’s from the second last step of production, which is the actual shaping of the cheese that the name Mozzarella derives from; “while one cheesemaker holds up the spun paste, the other must “mozzare”/cut it using the thumb and the forefinger.”

Mozarella is a cheese that is all about texture!

But to say that there is no flavor to it is also a misconseption . It does have a very mild and creamy taste with a hint of sour.
With a delicate and silky interior and the slightly firmer exterior, the Buffalo Mozzarella has without convincing, very easily, captured every cheese lovers and even some none cheese lovers hearts.

My advice to you; take a look at the recipes posted yesterday and the day before, then go get yourself a “ball” of Buffalo Mozzarella and create your own favorite recipe!

I’ll be “seeing” you tomorrow with some more tips & tricks!