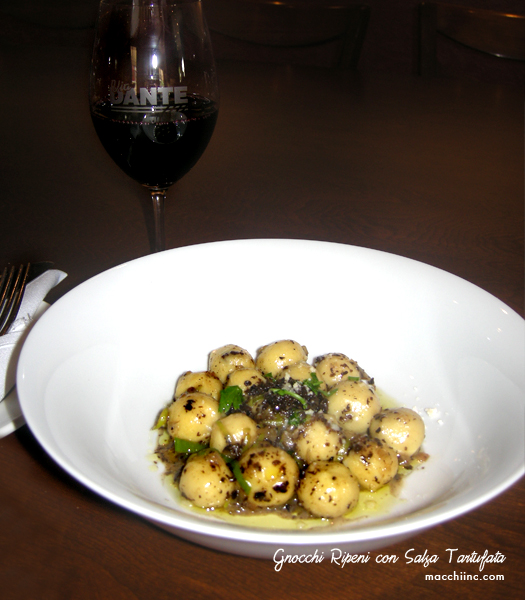 Italian cooking has for many apparent reasons always been very mainstream because of its simplicity, meaning that the ingredient are very common ones and known by most of us.

It has been argued and still is by many, that when traditionally prepared in a restaurant kitchen it can not reach the highest ranking of four stars. And then when it is made non-traditional it is by some not considered as Italian cooking. I would have to disagree!

Personally I would leave it up to the creator of the dish to choose what to introduce its creations. I believe that doing so, it will continue the story, that was begun by the actual “author” or “artist”, to the happy ending that we all are looking forward to, which is how we perceive the dish in the end.

That’s why it is so important to listen to the waitor/waitress that is introducing the dish, most of the time they are passing the message of what the Chef’s intentions are with its creation.

Now as we all know, not every book is for every one, nor every painting and that also goes for food.

There for I guess it all boils down to asking the right questions prior to ordering and to have staff that are not only there to make some extra pocket money, but are aware that when going out to dine, is not just to still ones hunger but more about a good and pleasant dining experience.

Since we here at Macchi Inc. put a lot of emphasis on the quality and authenticity of the products we supply, we realize that we are also obligated to do so since our clients put just as much weight in that.

We know how hard they all work to make sure that every plate that gets presented is at its best. Just like any other artists creation, it is made with emotions and precision and lets not forget that they are humans and not machines so when the final product is made it can differ from how it was made the time before, having that said, that doesn’t mean that it should not be criticized constructively, by all means, we all know that to reach perfection we only do so by always being kept on our toes.

The above mentioned thought does not entirely relate to todays dish it was more of a thought that I felt I would like to share with all of you =).

And now that i have, let me present todays dish, that was prepared by the kitchen staff at Cafe via Dante, located in the heart of little Italy. 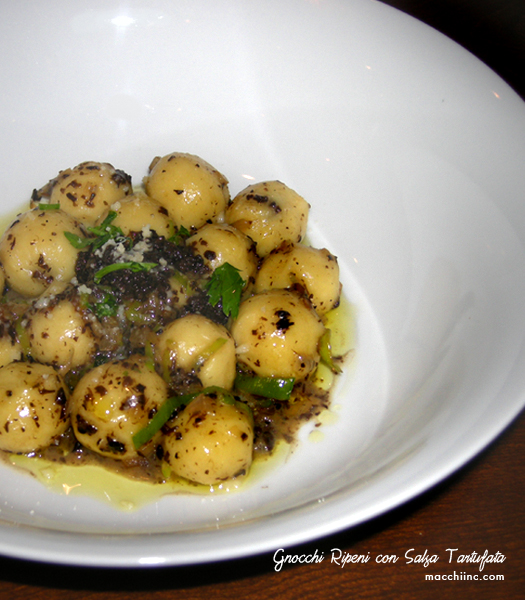 If you like gnocchi, you will love this, if you don’t like gnocchi you might reconsider after trying this and if you never had gnocchi I would definitely suggest that you have it this way for your first time.